A Bullet Between Us

Scroll down to read prologue! 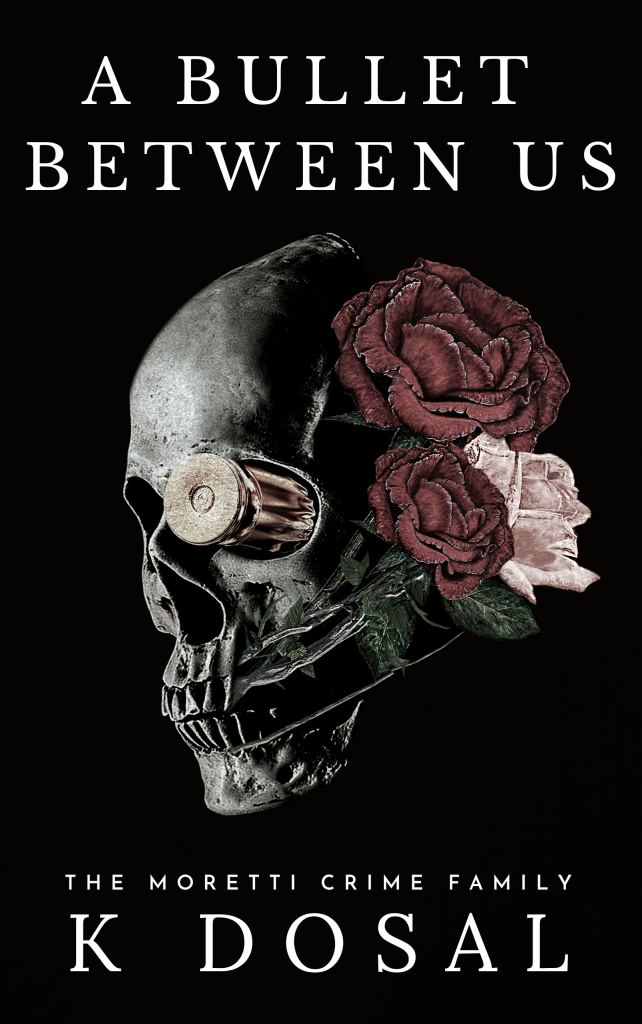 𝑫𝒂𝒗𝒊𝒏𝒂
I’d walked into an alley where death awaited me.
Terrified under the brittle moon, I’d been left behind as blood swept into the pristine snow.
I’d closed my eyes and waited for the afterlife, welcoming it.
Death had never come for me, but it ended the life I once knew.
Now, I lived in fear, running from a world ruled by vicious men.
An organized world where power and violence had no limit.
And I was in the middle of it all.
It’d led me to him, Ilias.
But in this world, my nightmare was etched in the face of every man I stumbled upon.

I didn’t trust anyone, but my heart trusted him.
Even while my mind kept a bullet between us.

𝑰𝒍𝒊𝒂𝒔
I was given an assignment, an order.
Failure wasn’t an option. Not when it meant her, Davina.
But how could I keep her alive? I was no hero. Just a man dressed as one, with a heart as corrupted as the same men I grew up with.

A Bullet Between US
by K. Dosal